One in every 113 people worldwide is affected by forced displacement; reaching a record high of 65 million refugees in 2016. At present it is almost impossible to escape a conversation about refugees, be it in the media, in German and European politics or in society as a whole. Although researchers in Germany have looked at refugee movements, asylum regimes, and displaced persons’ lives for decades, the tenfold increase of refugees arriving in Germany since 2008 has, of course, renewed research interests 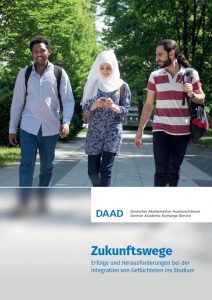